There’s nothing fuzzy about today’s food holiday, and it’s certainly not the pits. August 24 is National Peach Pie Day!

By now, we’re well versed in the history of both peaches and pies. Whoever was the first to put the two together has been lost to history, but most likely the ancient Romans were enjoying peaches – which grew abundantly in Italy – baked into pies long before Caesar was even a gleam in his mother’s eye. Speaking of mothers, peach pie has long been my mom’s favorite dessert, with peach ice cream probably a close second. What can I say about my mom? She’s a real peach! Speaking of, that phrase originated from the tradition of giving a peach to a friend you like. Maybe that was a subtle hint to encourage your friend to bake you a peach pie in return?

We stopped by Shari’s, our go-to pie spot, for a slice of peach pie to share. By “share,” I mean Tara took just a single bite, because she “isn’t crazy about fruit pies.” WTF?? I may be marrying the woman in three weeks, but it doesn’t mean I understand her. I thought it was delicious! 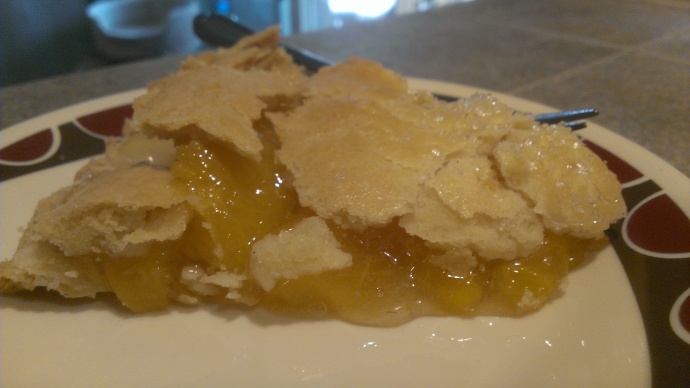