You’ll want to pop over to the oven and bake up a fresh batch of today’s celebrated food. October 13th is National Yorkshire Pudding Day!

We’ve already celebrated this holiday twice. Sort of. American popovers are basically identical to Yorkshire pudding, and we’ve made them with blueberries and cherries. Both times, they were delicious. But the dish is native to England, so this is our chance to pay homage to our friends across the pond. The first recipe appeared in The Whole Duty of a Woman, published in 1737; this feminist manifesto was a guide for women, teaching them how to behave around men, among other topics. Because women belonged in the kitchen, recipes were included, such as a “dripping pudding” featuring a pancake-like batter. Ten years later Hannah Glasse – sort of a Victorian era Martha Stewart, if you will – published her own recipe in The Art of Cookery Made Plain and Simple, renaming the dish Yorkshire pudding. It became a British staple, traditionally served alongside a Sunday roast, where it was used to scoop up gravy for the meat. In 2008, the Royal Society of Chemistry declared, “A Yorkshire pudding isn’t a Yorkshire pudding if it is less than four inches tall.” Many a London housewife has since been surprised by a ruler-yielding intruder in the kitchen who hands out citations for those puddings that don’t rise to tall enough heights.

I wanted to celebrate with a whole ode to the English Sunday roast. It was too perfect not to, considering that this holiday actually happens to land on a Sunday this year, so that’s exactly what we did. Roast beef, mashed potatoes, salad…and Yorkshire pudding for scooping up the gravy. I’ve gotta hand it to those Brits: they’re onto something. The Yorkshire pudding was bloody good, mate! 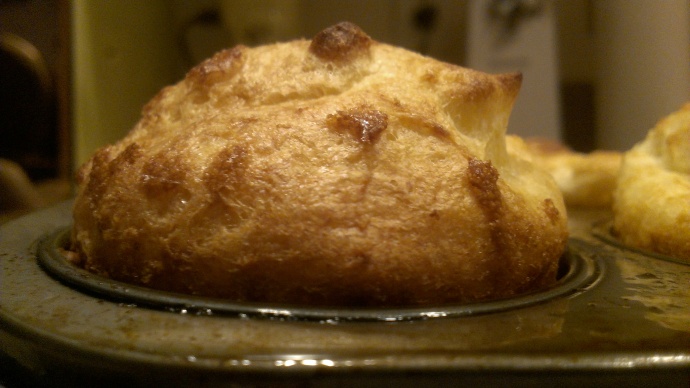