You may have “red” about today’s holiday in the news. November 23 is National Eat a Cranberry Day!

And also National Espresso Day. But we’ve celebrated several coffee holidays this year, while not yet paying homage to a fruit that I’m particularly fond of. Plus, with Thanksgiving right around the corner, these little red guys are going to take a starring role. In my mind, you can’t have turkey and mashed potatoes and gravy and stuffing and green bean casserole without also including cranberries. We may be a few days early, but today we are honoring the cranberry! (And despite the official name of the holiday, we’re eating more than one).

Cranberries are one of three fruits native to North America (the others being blueberries and Concord grapes). Native Americans used them as a food source (in particular, pemmican – a combination of crushed cranberries, dried venison, and melted fat), fabric dye for rugs and blankets, and medicine to treat arrow wounds. Pilgrims originally named the fruit “craneberry” because the pink flowers that bloomed in the spring resembled the head and bill of a sandhill crane. They found them not only delicious, but a helpful bartering tool with the local tribes. Sailors took cranberries with them on ocean voyages to prevent scurvy, and began shipping them to Europe for sale. Captain Henry Hall was the first to cultivate cranberries in 1816, and by 1871, the first association of cranberry growers was formed. Today, 40,000 acres of cranberries are harvested every year.

Cranberries don’t actually grow in water, though they need very specific growing conditions to thrive: acidic peat soil, fresh water, sand, and a growing season that lasts from April to November, plus a dormancy period that allows the fruit to chill and mature. They actually grow on vines that survive indefinitely; some in Massachusetts are 150 years old and still producing fruit!

To celebrate, we bought a bag of almonds that contained dried cranberries. It’s a good thing today is Eat A Cranberry Day, because there were a whopping two in the bag. Oh, well – that’s one apiece, all we needed anyway! 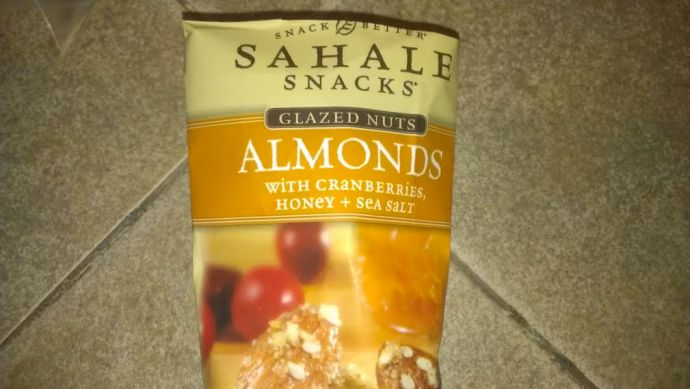