Today’s food of honor may not have universally agreed upon ingredients, but the general consensus is that it’s delicious no matter how it’s made. May 31 is National Macaroon Day!

What a fun word to say, by the way. Macaroon. Macaroon. You’d have to be a real buffoon if you didn’t like saying the word macaroon. A macaroon is a light baked confection, either a small cake or soft cookie. In America, macaroons are traditionally made with coconut, but in many countries they are prepared with almonds. Occasionally, other nuts such as pecans, cashews, or hazelnuts are used. Indeed, the first macaroons were created by monks in an Italian monastery during the 9th century, and were essentially almond meringue cookies. The word comes from maccarone, Italian for “paste” – yummy! – and, yes, it’s the same word used to describe macaroni. Macaroons were introduced to France in 1533 by the pastry chefs for Catherine de Medici, the wife of King Henri II. During the French Revolution, a pair of Benedictine nuns, Sisters Marguerite and  Marie-Elisabeth, who were seeking asylum in the town of Nancy paid for their lodging by baking and selling macaroons. They subsequently became known as the “Macaroon Sisters.” As the cookie spread through Europe, people began adding coconut, and in many recipes it completely replaced almonds.

Surprisingly, Tara had never had a macaroon before. I happen to love them, but then again, I’m a big fan of coconut. The cookies were delicious! 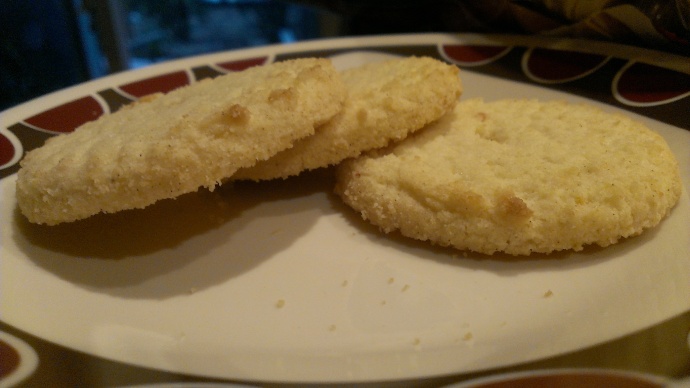