Today’s food holiday doesn’t really honor a brownie so much as a blondie, despite the name. May 9 is National Butterscotch Brownie Day!

Chocolate brownies may be more popular, but butterscotch brownies have been around about a hundred years longer. They date back to the 19th century, and are based on gingerbread cakes that were popular during the Renaissance period. Those cakes evolved into flatter ones baked in shallow pans that often included nuts and brown sugar. As delicious as they are, they just don’t have the same appeal as their darker cousin, the brownie. I get it. Chocolate is sexy. Butterscotch brownies literally pale in comparison, and are never topped with frosting. But, as I’ve said, they’re still quite good.

Tara made us a batch of butterscotch brownies from scratch. They were fantastic! Very butterscotchy 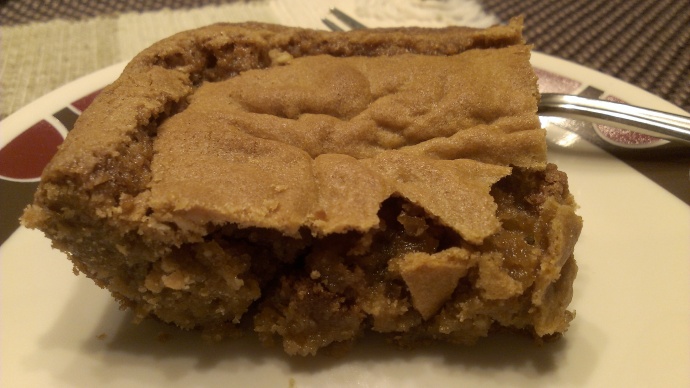