Today is a nICE day to celebrate food. Specifically, food that comes from the freezer. March 6 is National Frozen Food Day!

Frozen food has been around as long as the last Ice Age, when Neanderthals subsisted on a diet made up largely of Popsicles. In 1912, Clarence Birdseye went on a fur-trapping expedition in the frigid Arctic region of Canada. While there, he noticed that fresh-caught fish froze instantly in the bitter cold, and discovered when it was cooked weeks later, it still tasted delicious. “That’s pretty bitchin’, eh,” he said, quickly latching onto the native vernacular. When he returned to the U.S., he figured out a way to flash-freeze food, and started General Seafood Corporation, which began selling frozen foods to the general public on March 6, 1930 – exactly 83 years ago today. You might say Birdseye had a really good view (ha-ha), as he went on to develop freezer grocery display cases and cellophane wrappers for frozen food, and used insulated rail cars to ship his products across country. Altogether, he held over 100 patents, and was inducted into the National Inventor’s Hall of Fame.

Freezing is an excellent way of preserving foods, and thanks to its convenience and economic value, the frozen food industry is a multinational, multi-million dollar industry. 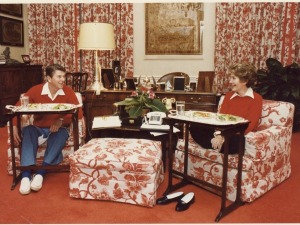 I’m sorry, but the White House decor is hideous!

We can actually thank Ronald Reagan for National Frozen Food Day. The Great Orator had a soft spot for salisbury steak, and in 1984 passed a proclamation declaring that March 6 would forevermore honor frozen foods. This is one of the few food holidays that can be linked directly to the Oval Office. “I call upon the American people to observe such a day with appropriate ceremonies and activities,” said The Prez, and who are we to argue with a former leader of the free world? For today’s food challenge, Tara and I heated up frozen TV dinners for lunch. 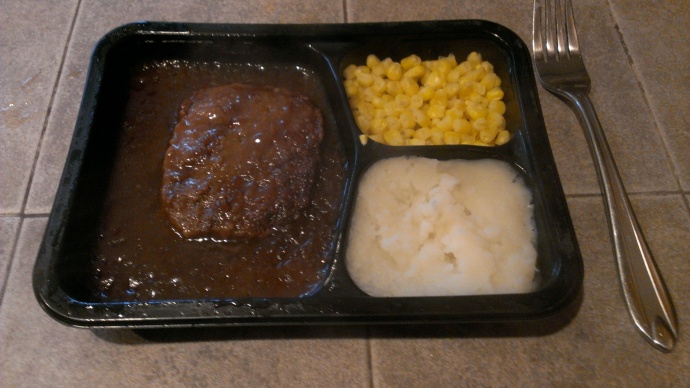